Like any other universe, the one in which NFT Heroes live is constantly growing and shrinking, creating and destroying. When the universe welcomed in the new creatures who call themselves Unicrypticons, they had been traveling onboard the spaceship Unicruiser, which had fallen out of a black hole. Unicrypticons are the manifestation of the multi-chain decentralized protocol Unicrypt. The project is represented by 50 unique Partnership NFTs.

The Story of Unicrypticons: Who They Are and Where They Come From

The two companies, NFT STARS and Unicrypt, have formed a strategic partnership that will benefit the communities of both companies’ products. The two teams will work on the development of the token-locking mechanism that will be implemented in Galaxy Staking. NFT STARS and Unicrypt will also carry out joint marketing campaigns to raise awareness among their communities about their products and services.

In turn, Unicrypt’s presence in the SIDUS metaverse is to be marked with 50 unique Unicrypticon NFTs – creatures who made their way to SIDUS by chance. The Unicruiser spaceship carrying 50 Unicrypticons on board had been traveling across the universe on a mission, but when the spaceship lost control, it fell into a black hole. The Unicrypticons lost track of all time, unable to tell how long they had been resisting the gravitational pull of the black hole. A miracle helped them to escape the deadly event horizon and led them straight to the outskirts of the city.

To be eligible to acquire one of the 50 Unicrypticons, users need to follow the company’s updates on social media, where the team will be distributing the special modificators needed to create a Partnership NFT Hero. You need to apply here to participate. Make sure to fill the form!

Partnership NFTs enjoy similar opportunities to other NFTs within the SIDUS ecosystem. Users will be able to receive royalties, stake their NFT for additional rewards, utilize the wrapping NFT feature and transform their avatar into a gaming character.

Unicrypt is trusted by over 8,000 DeFi projects and has $500+ million worth of customers’ liquidity locked in. Over 30,000 users benefit daily from its outstanding services.

SIDUS: The City of NFT Heroes is an NFT avatar collection and gaming DAO metaverse developed by the NFT marketplace NFT STARS in partnership with an international collective of modern artists known as NFT256. The collection features 6,000 unique characters (Original, Rare, Legendary, Partnership and Exclusive NFT Heroes). Each NFT Hero can be used as a social media avatar or be transformed into a gaming character in the SIDUS DAO metaverse.

SIDUS is a play-to-earn metaverse where NFT Heroes equip themselves with next-gen guns from the NFT Marketplace and fight with other users in the Battle Arena. SIDUS: The City of NFT Heroes also provides users with multiple earning opportunities, such as NFT staking, wrapped NFT functionality and royalties. 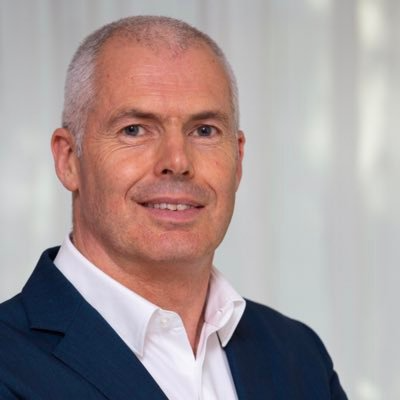 Warren Bronze graduated with a BA in Journalism. She has written on a variety of different topics including Bitcoin and finance.
[email protected]